It’s appropriate because today we end up ascending the escarpment not once, not twice, not thrice but four times! One of the ascents we do twice, because the hikers at the head of the pack fall prey to the wide and easy road ahead.

There are still pockets of snow in shaded areas of the trail, but there are also signs of spring, as tiny buds can be found poking through last year’s fallen leaves. The forest is still bare and brown, but the moss on the rocks is bright green – quite a contrast.

There are areas where the trail is muddy and slippery, but we manage to cover the route with only a few slips and only a few soakers. Once again, Jacob, Ben and Simon take an early lead, and while we presume that they are hiking ahead of us, they have actually hidden at the top of the escarpment and, once we have passed, follow us until we reach Cave Springs Conservation Area. The three boys spend very little time on the actual trail, preferring to scorn bridges and marked paths in favour of scaling cliff faces, jumping across streams and finding the most challenging route possible.
At the rocky cliff face at Cave Springs, Simon and Ben enter a cleft in the rock and then suddenly appear at the top of the cliff. This would be a fun place to visit again.

One of the signs we see today indicates that the first blaze on what was to become the Bruce Trail was placed in that location on March 25, 1962, by members of the Niagara Escarpment Trail Council, on the farm of Delby Bucknall.

At Kinsmen Park we are surprised by the sight of the new metal staircase that descends the escarpment to Hixon Street, but it’s a welcome way down to the wine, cheese and other refreshments that await us on Barry Street. Ren assures us there will be similar libations when we reach Upper Sherman on Map 7. 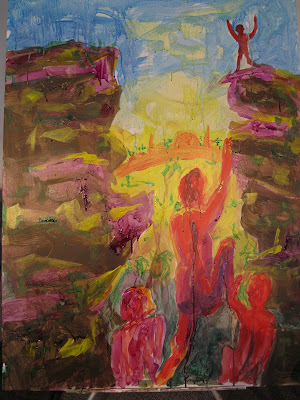 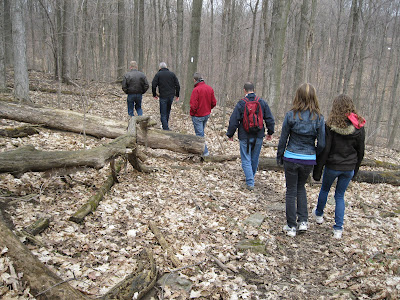 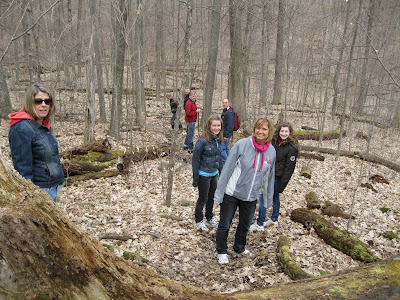 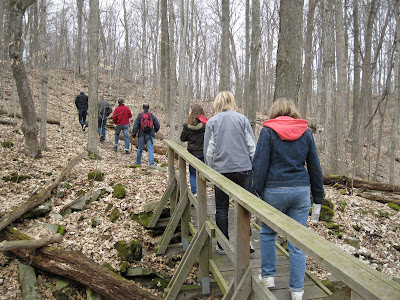 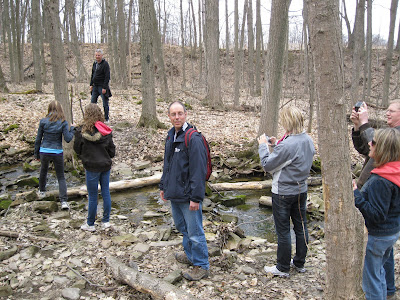 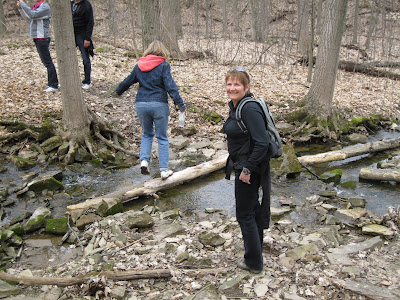 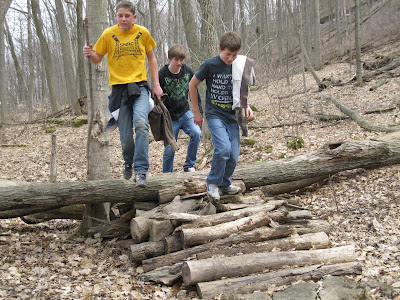 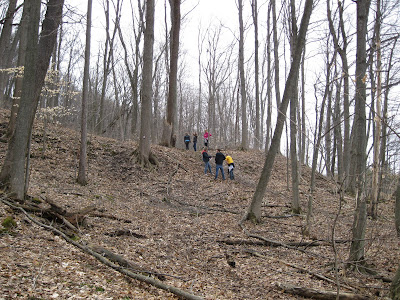 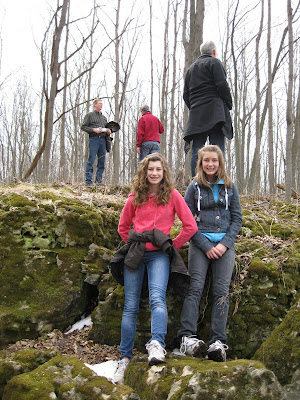 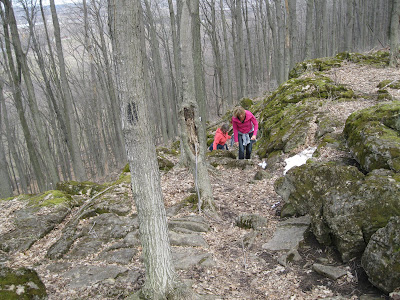 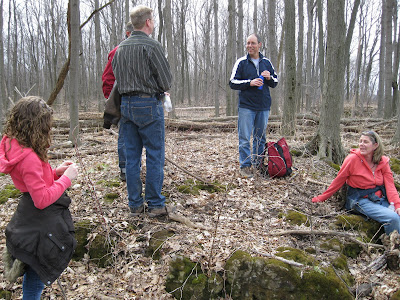 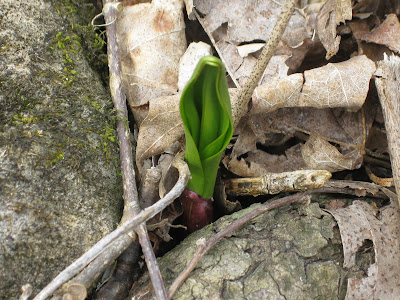 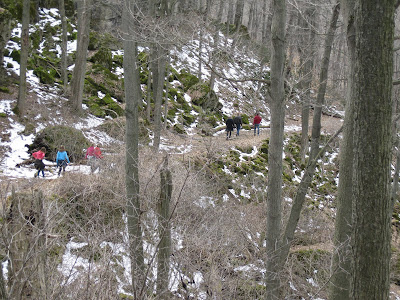 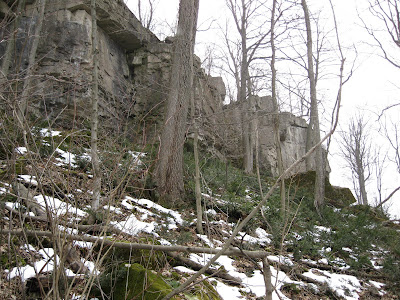 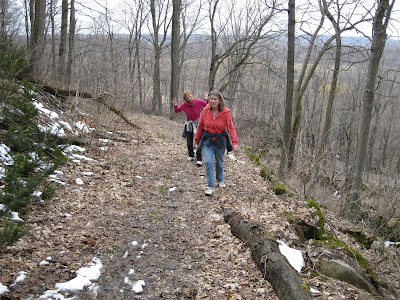 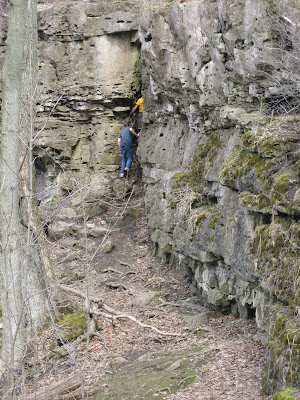 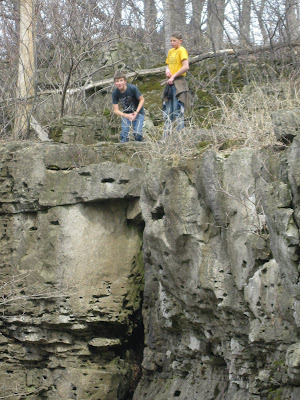 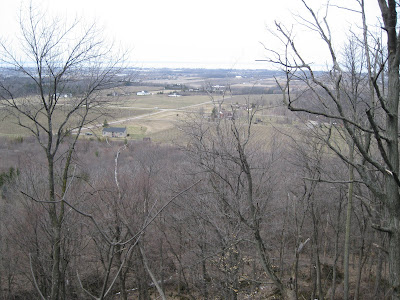 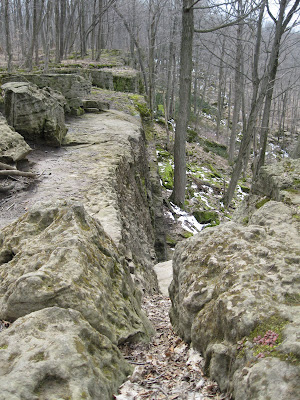 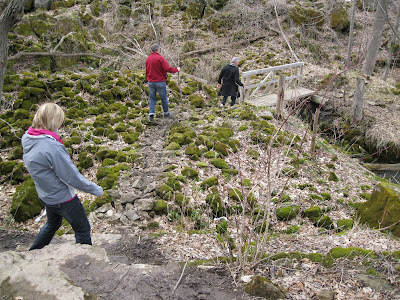 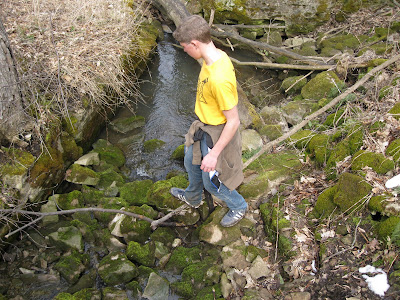 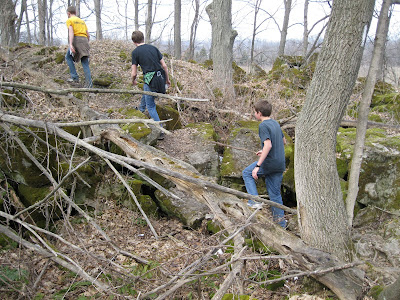 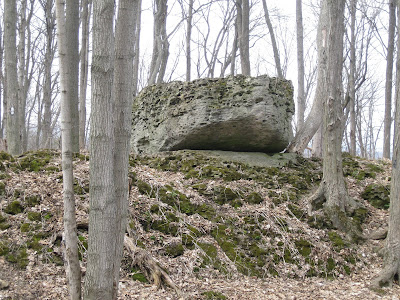 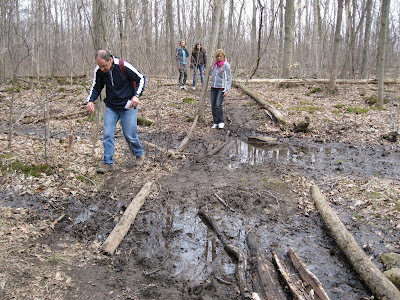 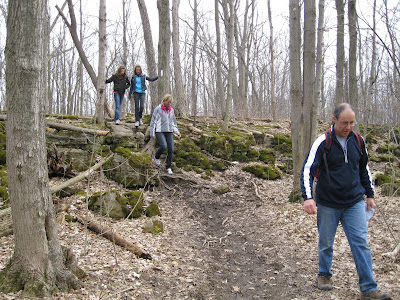 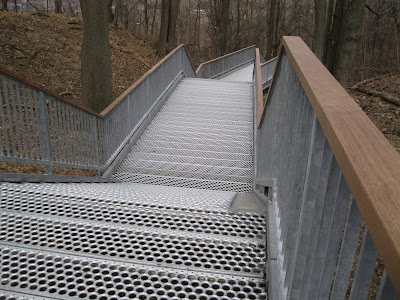 Joy in the Journey